Heya'll, a small announcement just by me.
User with the name 'Sectoray9906' after ignoring severals verbal warnings of inappropriate languages, a temporary ban, still posts offensive comments about CoG games for having woman character (we'll get to that later).
Go on to straight up say they doesn't care about other's feelings or our rules and that people reporting them for "speaking the truth", afterwards starts slandering one of the staff for 'having a feminist name'.

Unsurprisingly, they got banned.
What tickling me is after all of that is they starts emailing some of the staffs and plays the victim with curses and threats.
"You banned people for having opinion? I'll make sure you regrets it"

Keep in mind they done all of it with broken English and writing ALL CAPS.
If you thinking I'm exaggerating, here's a couple of the "truths" and "reviews" they were talking about. 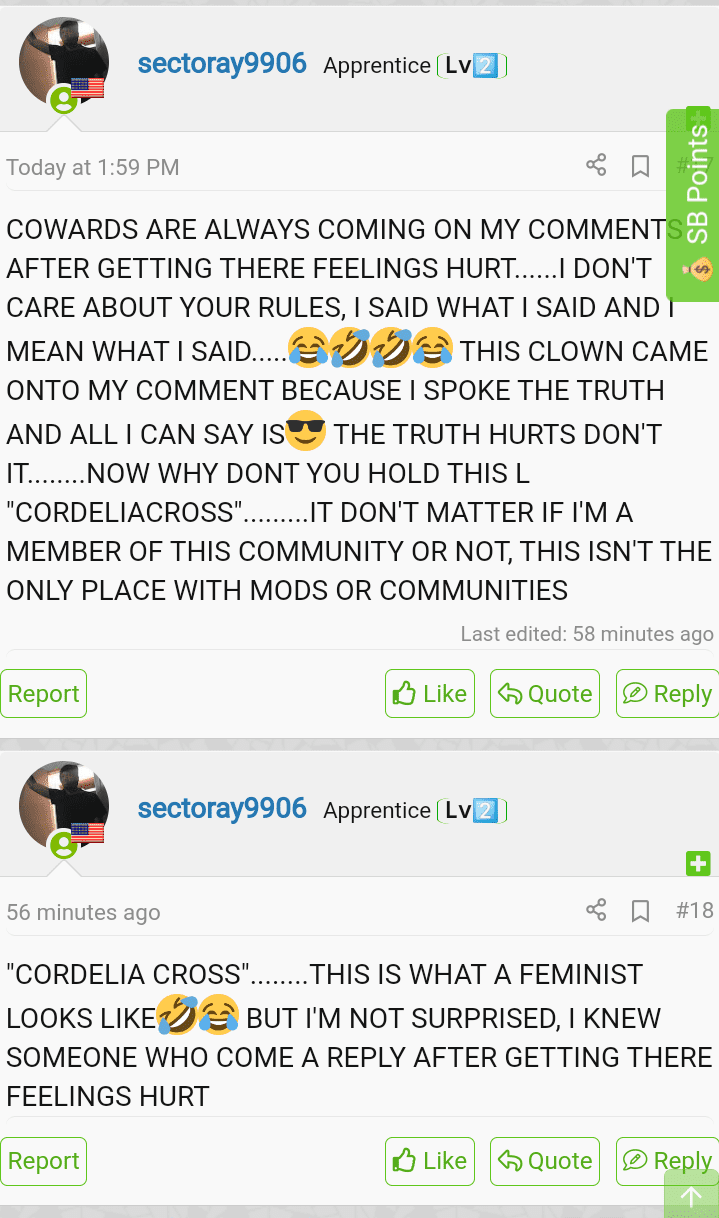 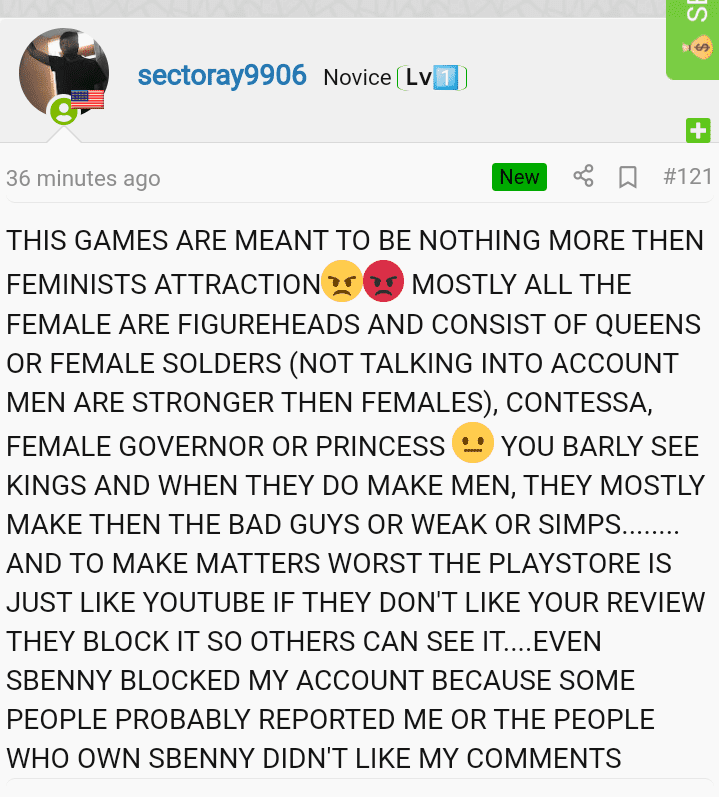 I'm writing this to spread the word that this is what our staffs have to deal with and also there's an idiot that'll certainly make more accounts to show how low can they step even more (he just did and got banned again from what I see).
Don't take him seriously and keep an eye for comments like the screenshot and report the problem.

I saw people getting banned before and this one tickled me the most so I'm making an entire post about it, no moderators were involved and this'll probably get taken down but if it lasts and you see this little baby Sectoray, you don't care about the rule and people's feelings so we don't care about your opinion, go cry somewhere else.

@KasamiGi Oh my God. He deserved to be banned. Block his email address too. If his email is blocked by a number of people, google might disable the email.
Last edited: Aug 25, 2021

Damn, Everyone is allowed to have an opinion but not spread hate! People like these are just trolls who think they are better than anyone and what they say is the 'TRUTH'. I am glad that he got blocked!

It's good that he got banned. We don't need people like him here.
D

From the Hell
eBook Releaser
Active User
Member for 2 years

An unfortunate series of events, for sure. Can't Sbenny just ban his IP? That would solve the problem of creating new accounts.

What a douche nozzle I wonder what their problem is antagonizing the hard working staff of this amazing community I'm glad they got banned for that.