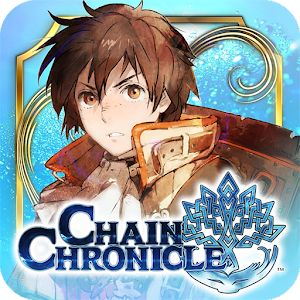 Can be played Offline?: YES/NO

●Multiple gameplay options! Solo your way through Chain Chronicle’s massive story, or face off against other captains in one of two PVP modes to climb the ranks and receive glorious prizes (PvP is exclusive to the global version of Chain Chronicle)

●Recruit from over 300 unique allies (some exclusive to this version of Chain Chronicle), each with a variety of abilities! Command and unleash the full potential of your knights, wizards, clerics, archers and soldiers!

●Further enhance your army by equipping your warriors with weapons which can be found in Yggdra, won from competitions or crafted via the Blacksmith feature (unique to the global version of Chain Chronicle). Root users
1. Install Clean APK or Google Play Version ---> 2.0.0.2
2. Open the game , LogIn with your Google Play Account , ensure that your're logged in
3. Close Clean APK or Play sStore Version and Download Modded APK
4. Install Lucky Patcher , give him root permissions and go to toolbox --> scroll down until you find "Patch to Android" --> tap it and check the first 2 boxes --> Patch it
5. Now , install Modded APK over Clean APK or Play Store Version
6. Open the game and have fun xD


Added to our Games Area!