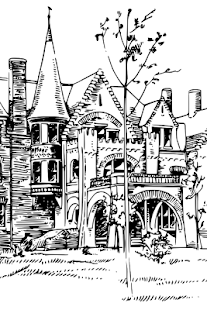 Internet Connection Required to Play? NO

Ever wanted to take part in a Medieval Tournament?
Ever wanted to become a squire and work your way to becoming a knight?
Well then this is the right text adventure game for you!

Play a young peasant boy who becomes squire to a legendary knight. Travel the realm competing in jousts, archery, and melee competitions. Train hard in order to become a powerful knight and eventually compete in The Great Tournament to decide the fate of the realm in this medieval story.

"The Great Tournament" is a 180,000 word interactive fantasy novel by Philip Kempton, where your choices control the story. It's entirely text-based—without graphics or sound effects—and fueled by the vast, unstoppable power of your imagination.

• Enjoy the story of a young boy’s rise from lowly squire to powerful knight in this epic story that takes place in medieval times.
• Choose your attributes and train your skills in order to win in tournaments.
• Become a hero of the realm or use your power to take control over the kingdom.
• Unique combat and character generation ensures no one game is the same.
• Fight for glory, love, or power in the Great Tournament.
• Multiple endings with different story lines.
Google Play Store link:

Installation Instructions:
To install this game, download the .apk file below, if you're from pc, move it to your Android device, then tap on the .apk file to install it. Also, ensure you uninstall any previously installed version if you do have one.

Member for 4 years
Thanks dude

Edit: I always trusted you Dark Phantom, congratulations and thank you very much

Can you fix it,please

Member for 4 years
Nice, thank you

Member for 4 years
thanks

jope there no crash
M

Member for 4 years
thank u!
C

yes it's true! while i'm attempting to recruit the fire mage for example!

Outdated - The Great Tournament [Hosted Games] was released by DarkPhantom and 24769 people like you already found this fantastic release! Find this and over 20,000 unique Android Games & Apps like Outdated - The Great Tournament [Hosted Games] at sbenny.com, here since 2014 to serve the best Gaming Community in the world with hundreds new, safe and amazing releases every day.
Share:
Facebook Twitter Reddit Pinterest WhatsApp Email Link