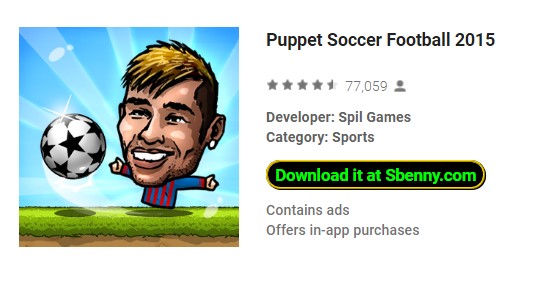 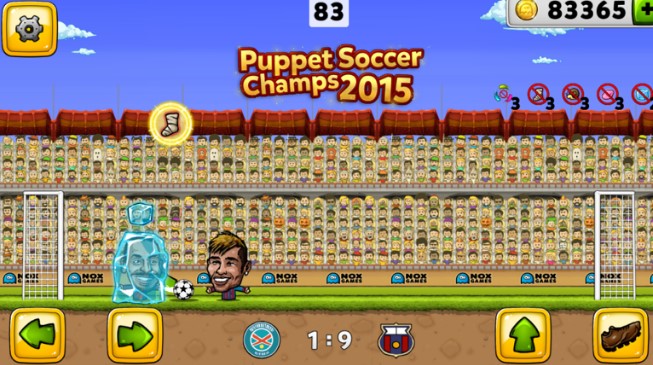 Internet required to play? No

Game Description
Do you think you have what it takes to take on the ultimate champions of the football field? Lace up your boots and pull your shirt on, because this game was made for you! Jump in and play as and against your favorite soccer stars of 2015 that you’ve seen on sports tv. That’s what Puppet Soccer Champions 2015 is all about.

• Over 30 soccer sock puppet teams
• More than 90 cartoon hand puppets of famous soccer heroes with big heads
• Life-like soccer physics with jumping, hopping, and bouncing the soccer ball to your opponent’s goal
• Climb to the top of the league season of 2015 with achievements and highscores
• Smooth and easy to learn controls
• A silly and hilarious split-screen multiplayer mode for two players on the same device
• Over eleven hours of gameplay

Download now the MOD APK of Puppet Soccer Football 2015 for free, only at sbenny.com!

Notes: to get all the mod features listed, you need to have Lucky Patcher on your phone, and then proceed to make the hacked in-app purchases.

Installation Instructions
Download the desired APK file below and tap on it to install it on your device.

🔒 Hidden content
You need to hit the "Like" button or to Reply to this Thread it in order to unlock this hidden content. Stuck? Watch this video and make sure you're logged in.Since you're viewing the AMP-accelerated version of our website which doesn't store login cookies, please scroll to the bottom of this page and click on the "View Non-AMP Version" button first, thanks!

cannot be hacked with Lucky Patcher

VIP
Member for 5 years
Going to Try this out
R