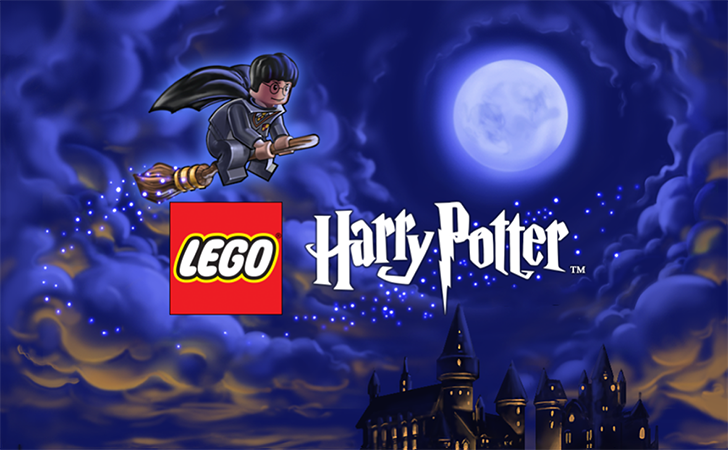 Game Description:
Play as Harry, Ron, Hermione and many more as you explore Hogwarts and engage in countless hours of gameplay spread across 40+ levels based on the Harry Potter books and movies. Based on the first four Harry Potter books and movies, LEGO® Harry Potter: Years 1-4 builds on the foundations of previous LEGO® video games by offering a mix of fun, accessible gameplay and light-hearted humor – appealing to all ages. Players can explore the wizarding world and feel as though they are at Hogwarts.

• The Events of Harry Potter’s First Four Years at Hogwarts – LEGO® style! – including the Triwizard Tournament, the Quidditch World Cup, the Basilisk battle in the Chamber of Secrets, the encounter with Aragog and the face-to-face confrontation with Voldemort himself.

• An Authentic Harry Potter Experience, including iconic locations like Diagon Alley, the Forbidden Forest, the village of Hogsmeade and Hogwarts castle – a grand, immersive 3-D environment and one of the largest, most detailed LEGO® game locations ever built.

• Play as over 100 characters – including Harry Potter, Ron Weasley, and Hermione Granger.

• Endless Replayability – use ‘Freeplay’ to discover areas of gameplay not accessible in Story Mode.

• Collectables – pick up a huge variety of items throughout the game.

This gameplay hasn't been recorded yet. If you would like to thank D3T0X for this release, record your gameplay and share it here. You'll also gain SB Points!

⚙️Installation Instructions:
Download both APK and GAME CACHE files. To install the APK file just tap on it after making sure to uninstall your game first (if already installed). Then extract the GAME CACHE archive to sdcard/android/obb/ and you're done!

Thank you so much .

OMG I'll try this! I didn't realize there's a mobile version Yay! Thanks!

I love this game!

D3T0X said:
Added Mali version of the game as requested by @ritodg and @purplesnitch
Click to expand...

So I just wasted my 25sb? ;_; Does it do this with each update on any original post by the thread owner?

Also, if I may suggest in the future, would it be possible to include how big the files are outside the download link box, please? I realize this is beyond the thread owner's control, so I'll go ahead and tag @Sbenny

thanks for this MOD

Thanks a lot one more time

It works, but all my characters are white with white squares beneath them and everything else is black. The only reason I can see where to go is some walls are brown.

Thank you so much great contribution

LEGO Harry Potter: Years 1-4 - MOD APK was released by D3T0X and 11059 people like you already found this fantastic release! Find this and over 20,000 unique Android Games & Apps like LEGO Harry Potter: Years 1-4 - MOD APK at sbenny.com, here since 2014 to serve the best Gaming Community in the world with hundreds new, safe and amazing releases every day.