Name of the app you are reviewing: Star Wars: Knights of the old republic 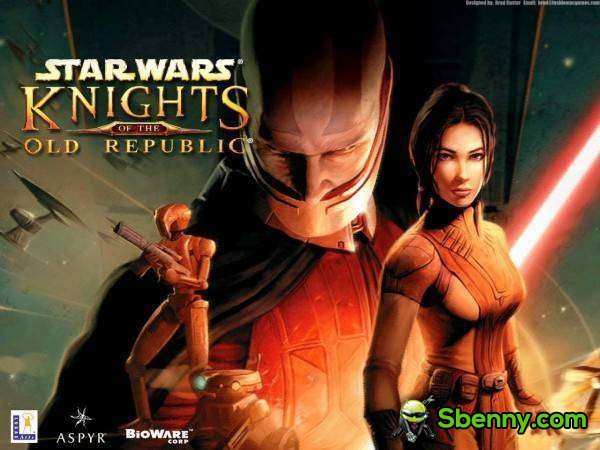 Link to the content you're reviewing on our site (optional): Star Wars: KOTOR™ + MOD

Star Wars: Knights of the old republic.. It “shouldn't” be a new game to anyone with any sort of craving for a good RPG game. But, if you haven't heard of it, let me convince you on why you should try it out.

Review:
Like I mentioned previously, if you like RPG games, and haven't heard of this game..what the heck man?

not only has it been ported to mobile and re-released on PC for your gaming pleasure.. but it is still one of my personal (and many others) go to games to satisfy an RPG itch, only to realize you're 20 hours into your new game already (personal experience).

If you aren't convinced already, let's actually mention some gameplay elements, or features.

-amazing dialog, fully voice acted, your choices can matter and make impact later or in your present conversation.
-main quests and side quests feel so seamless, losing hours just trying to learn the universe, research factions, why they dislike each other, or why a certain faction is assassinating people (oh yeahhhh)
-feats, abilities, force powers, armor class, gear, and more! seriously, its almost never winter nights but with light sabers and guns..
-has a pause button, pauses at the start of combat also. i believe its on by default and can be toggled, juat depends on your preference!
-party management, where you alignment can very much matter on how your fellow adventurers decide to treat you.. also there is a lot of unique dialog with your party members..discover their past!

now the game has way more to offer in terms of atmosphere, details with character development, even a card game and area dueling! simply talking about it doesnt go it justice, i strongly suggest you hop to the provided link, give the game a shot, come back here and tell me how you've been looking for a game like this your whole life!

Would you recommend this to other users? Yes, of course! If you like RPG with voice acting, character/story development.. sit down for an hour and give it a go, I gurrentee you'll be loading that saved file later.