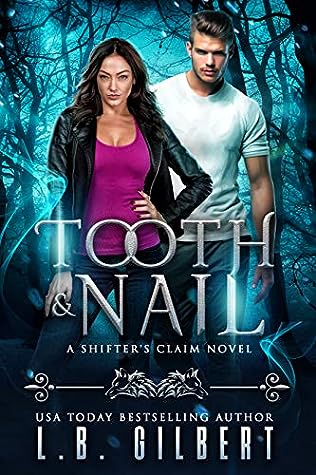 Credits to: Azura Shadow | More releases by
Type of release: Free
Download Link: (need help? Watch this video tutorial)
Hidden content
You need to hit the "Like" button or to Reply to this Thread it in order to unlock this hidden content. Stuck? Watch this video and make sure you're logged in.
eBook Official Link:
Code:

Too fast, too strong, too smug—and too enticing.

Former mercenary Jack Buchanan knows something is off about the entire Maitland clan. With unnatural strength and inexplicable speed, the family is dangerous. Despite the feeling in his gut, Jack can't resist the mysterious Mara Maitland. When he uncovers her secret, it does nothing to deter his craving for the woman.

As the clan's first female enforcer, Mara's job is simple: protect her pack at all costs. But the unattached males in her clan refuse to accept her as anything other than an advantageous mate. And now, with the multi-national corporation, Denon, determined to exploit them for their gain, Mara is forced to team up with her least-favorite human, Jack Buchanan to protect her species.

The more Jack gets under Mara's skin, the more she can't resist him. Suddenly, this tough and controlled enforcer is falling for a man she never dreamed she could love. But choosing him would mean relinquishing her role in the clan that she's determined to save. Losing Jack would destroy her—if their enemies don't do it first. Can Mara save her pack and protect her heart at the same time?

The Shifter’s Claim series is a shared shifter world written by one person—L.B. Gilbert, aka Lucy Leroux. If the book has Lucy Leroux listed first expect steamy scenes! Those with L.B. Gilbert listed first are clean fun rides with a lower heat level. All books in this series can be read independently.