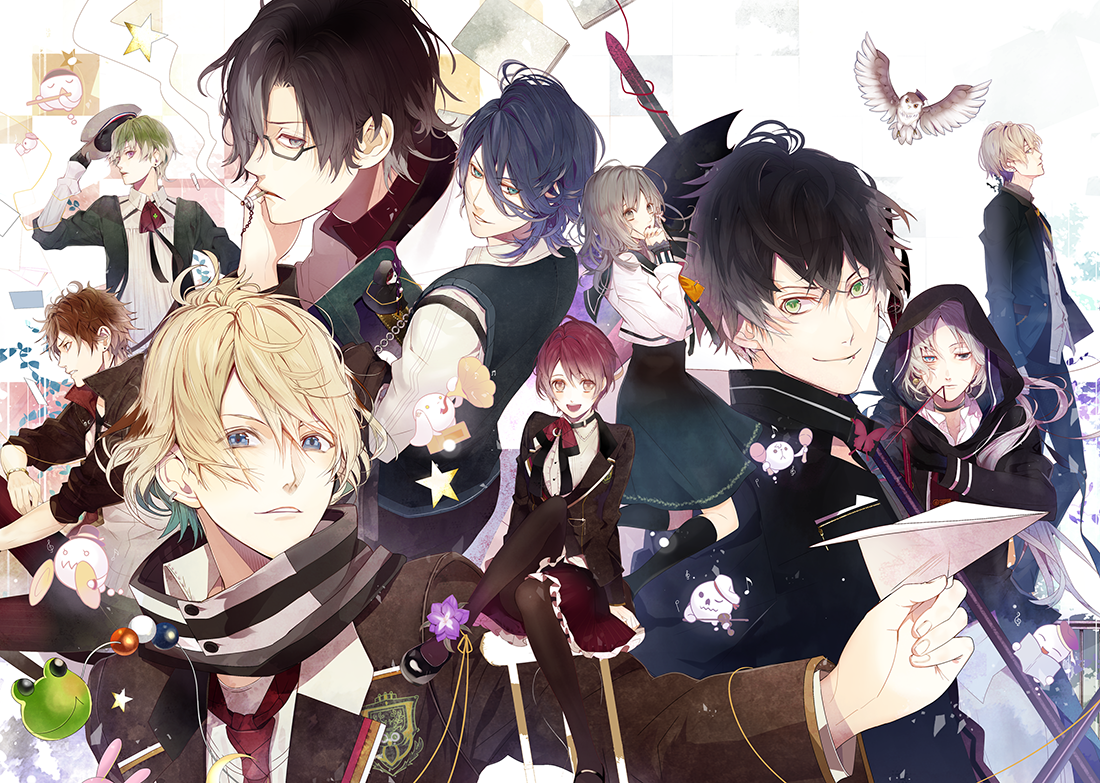 Description:
That song is an offering from the Reapers—a Requiem—very near the boundary between heaven and hell where one's soul returns to. In that place is a school in which Reapers—beings that collect human souls—are developed and trained. Assembled as "Reaper Cadets" at this school are the protagonist and her peers who were once human. There, all possessing the same aspiration of becoming a Reaper, cadets pair up with one another to study in order to become a fully-fledged Reaper, but...

The protagonist, Cocoro, wasn't selected by anybody to be her partner as she performed poorly in all disciplines of Reaper study. As a result, she was grouped with other cadets that were falling behind and was made to take special supplementary lessons. The other attendees of these supplementary lessons are fellow Reaper cadets. It's filled with unique guys, all with their own reasons for attending the school.

Cocoro must choose one of the boys to become partners with, however... With her partner at her side, will she be able to become a fully-fledged Reaper?

Or... Will a single tale of love between two underachieving Reaper cadets be woven instead?


I swear all my instructions are either really short or really long, but I swearrr they aren't complex. I just like to be very thorough to prevent any missteps.