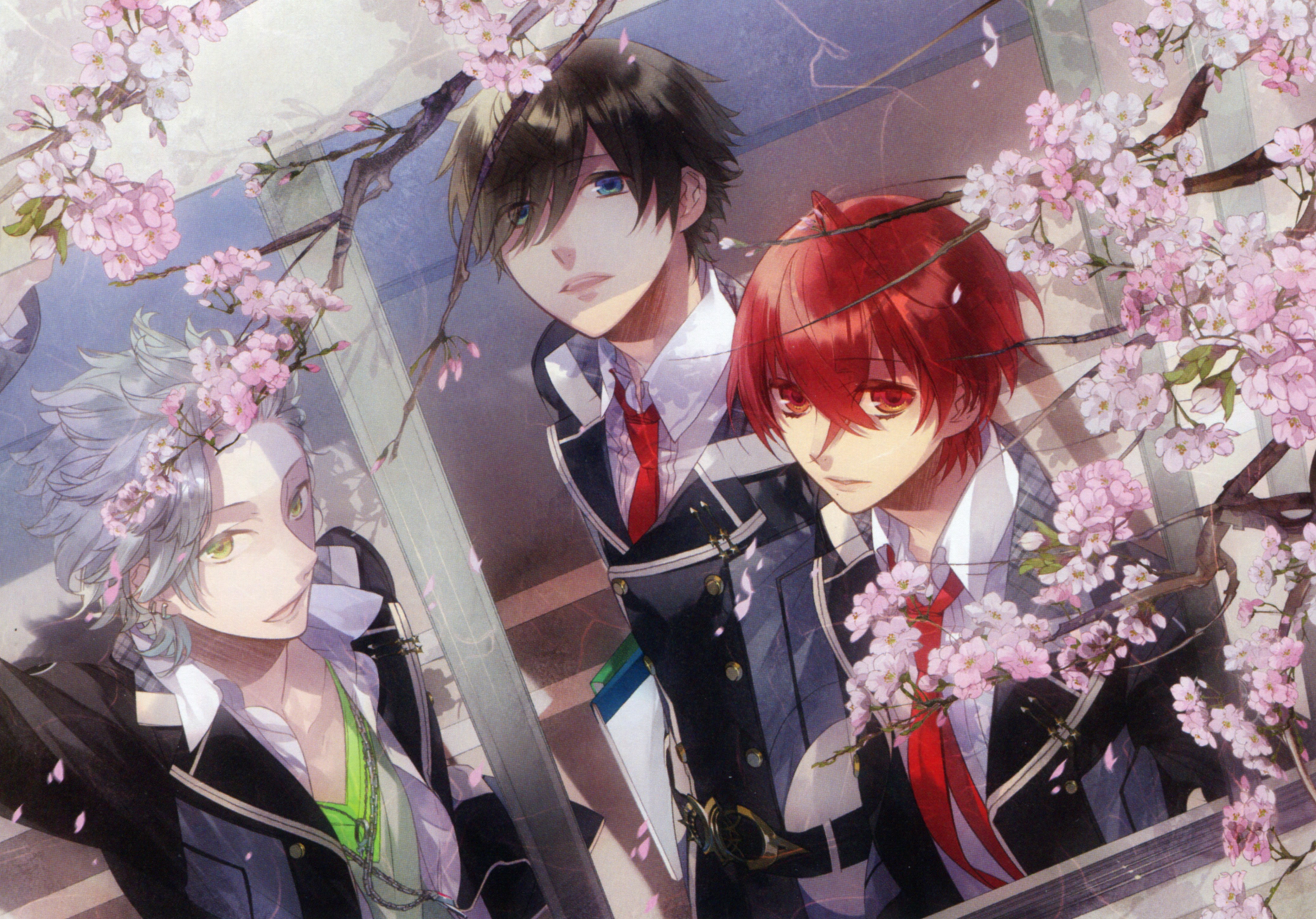 Description:
The first of the four Starry Sky games starring the characters from the drama CD's of the same name.

Starry Sky takes place at Seigatsu Gakuen, a school which specializes in horoscopes, astronomy and other related topics. The main characters are all based on horoscopes.

Starry Sky Spring features Suzuya Tohzuki (Cancer), Kanata Nanami (Pisces) and Yoh Tomoe (Capricorn). It follows main character Tsukiko Yahisa, who's the first girl to enroll in the school, and her first semester there, which she spends with her childhood friends Suzuya and Kanata along with Yoh, a transfer student who came from France.

Installation Instructions:
1. Change your system locale to Japanese to avoid any complications.
To change your system locale to Japanese go to Control Panel > Clock and Region > Region > Administrative > Change System Locale > Japanese > Restart your computer
If you can't, I suggest installing and running the game with Locale Emulator (Choose run in Japanese). App Locale would also work.
2. Extract the .rar file (e.g. using WinRAR)
3. Inside the 'Install Starry Sky' folder, run the 'setup.exe' to install the game. If you're using Locale Emulator/App Locale, right click on the setup.exe and select 'Run in Japanese'
4. Unless you want to install the game in a different directory, click '次へ（Ｎ）＞' until the game installs.
5. If you don't have DirectX installed, install it when given the choice.
6. In the second folder, run the 'English Patch.exe'
7. Choose the directory in which you installed your game, the default directory should be
C:\Program Files (x86)\asgard\Starry☆Sky～in Spring～ unless you chose a different location when first installing your game. If you're unsure, it should be the folder containing the 'starrysky_spring.exe'
8. If there were no complications, the patch should be applied and you can now play the game in English!
If you're using Locale Emulator/App Locale, right click on the game and select 'Run in Japanese'


Troubleshooting
I swear this game doesn't have that many problems from the looks of this area, there are just many solutions to one problem. It's mostly because users end up installing the patch to the wrong place or the folder name cannot be recognized.

2) Patch cannot be installed or text is still in Japanese
-This is most likely because the patch cannot recognize the special characters in the game folder name. Instead of manually selecting the game folder, you will have to copy the directory and paste it into the input bar in the patcher.
For example if my game were located in the default directory, I would paste this into the bar
C:\Program Files (x86)\asgard\Starry☆Sky～in Spring～

-If this does not work, it may be due to lack of permissions. Uninstall/manually remove the game, restart your computer, and install your game to a different directory such as your desktop. Then try and apply the patch to the Starry☆Sky～in Spring～ folder containing the 'starrysky_spring.exe'. An example for if you were to install your game to your desktop would be C:\Users\Owner\Desktop\asgard\Starry☆Sky～in Spring～

Note: make sure you are not trying to patch the installer folder containing the setup.exe

3) If some of the English dialogue seems off or weird, it's not a bug. There was a limited amount of space to translate, so they did what they could.