Name of the app you are reviewing: SimCity: BuildIt 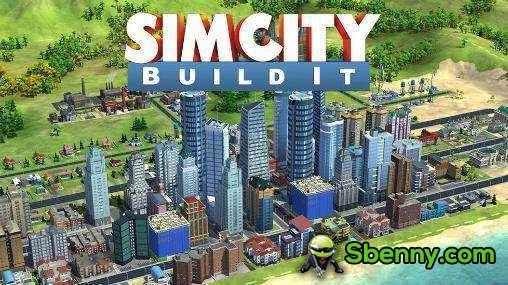 Link to the content you're reviewing on our site (optional): SimCity BuildIt + MOD

SimCity Buildit is a stimulation APK game for android it allows you to build a gigantic city using resources you can make by building factories. With countless buildings and vivid, 3D-quality graphics, SimCity BuildIt is the most realistic city builder for Android Devices! Place buildings strategically to keep the taxes flowing and your city growing.

Review:
So as i already stated SimCity BuildIt is the most realistic city builder for Android Devices! Place buildings strategically to keep the taxes flowing and your city growing. Pinch, zoom, and rotate 360 degrees as you manage and expand your city on the go! And do not forget you can also play this amazing game both online and offline. To be honest that part is taken from a description from google playstore but her is my real review about the game after downloading it and trying it. It is true, it is a very realistic like city and can be played on both android devices and computers i myself used a laptop to play it. However if you do download it from the link of the page i supported above you will not find it pleasant. First of you will have to play the game offline the whole time, some may ask why not, well simply because if you turn on the internet connection the game will crash and you will have to start all over again. Second, some contents of the game are not fully downloaded, for example if you would like to unlock Vu's disaster tower or unlock the airport you will have to download addition 110 MB which returns us to the FIRST point that you CAN NOT turn on the internet or else the game will crash. Third and finally, when you enter the city in offline mode you will get a text inside the game saying that you are offline and that your city structures will be saved as you reconnect to the internet, of course when that happens the game will crash and you will have to start over again which leads to a conclusion you can not save your progress and you will have to keep starting again from zero or play the game given by google playstore or wait, maybe hopefully members would make a better MOD for us to use.

Would you recommend this to other users? Honestly i loved playing the game when i downloaded the game from google playstore i gave it 5 stars but in this MOD it doesn't deserve 1 star, i thank the members for putting their effort in making this MOD but sadly i don't recommend this MOD to be downloaded for the reasons i stated above.

The APK gets installed normally.

But when I open it it gives an error

"no activity found to handle intent and give some path information" and then stuck on a white screen.