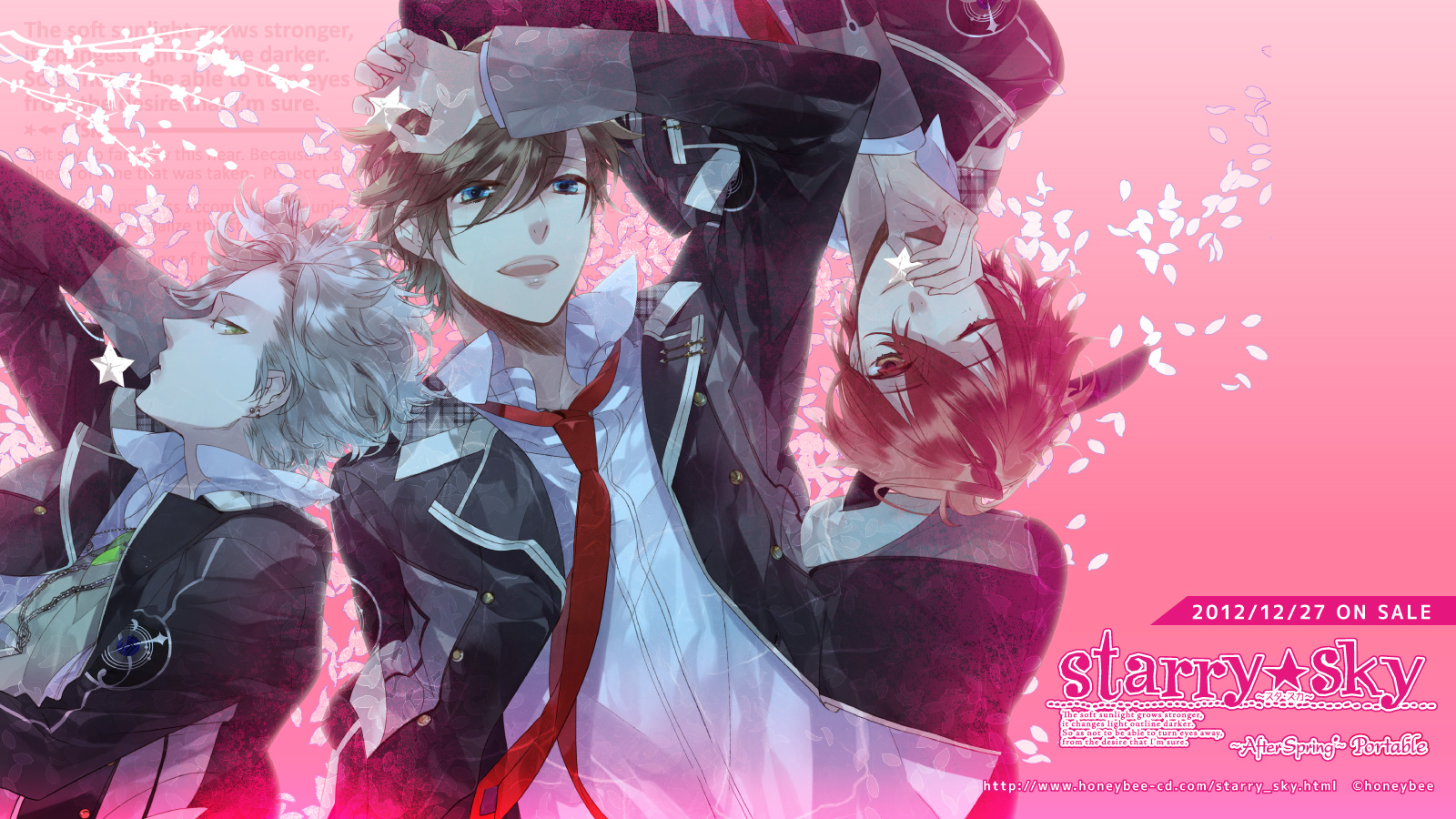 Description:
After Spring takes place in Autumn, when the students of Seigatsu Gakuen are busy with preparations for the upcoming culture festival. They’re holding an exhibition, and some advisors from USA came to help the students. Yahisa Tsukiko, along with her childhood friends Nanami Kanata and Tohzuki Suzuya, was surprised to see their friend Tomoe Yoh there. Yoh came to see her in March, but left for America by the end of Spring. It turns out that Yoh is one of the advisors, and he’s staying in Japan until the culture festival is over.

Installation Instructions:
I uploaded the installation method this time instead of the .bat which should avoid any directory errors unless manually moved.

1. Extract the .rar (e.g. using WinRAR)
2. Change your system locale to Japanese to avoid any complications.
To change your system locale to Japanese go to Control Panel > Clock and Region > Region > Administrative > Change System Locale > Japanese > Restart your computer
If you can't, I suggest installing and running the game with Locale Emulator (Choose run in Japanese). App Locale would also work.
3. Inside the Install folder should be an .iso file. Mount the .iso (With Windows 8/Windows 10 you can double click on the .iso to mount OR right-click > open with > Windows Explorer, if you are unable to do this, you can use Daemon Tools to mount)
4. Run the 'setup.exe' to install the game. If you're using Locale Emulator/App Locale, right-click on the setup.exe and select 'Run in Japanese'
5. Unless you want to install the game in a different directory, click '次へ（Ｎ）＞' until the game installs.
6. If you don't have DirectX installed, install it when given the choice.
7. Inside the Update folder should be the update patch. Run the patch.exe, locate where you installed the game folder (default installation should be C:\Program Files (x86)\asgard\Starry☆Sky～AfterSpring～), and click '次へ（Ｎ）＞' until the patch installs. (If you're using Locale Emulator/App Locale, right-click on the patch.exe and select 'Run in Japanese')
8. Extract the English Patch.rar file inside the English Patch folder.
9. Replace the Rio+.arc, OP.DAT, ED00.dat, ED01.dat, ED02.dat, and ED03.dat in the game folder you installed with the files you extracted in the English Patch folder.
10. Play the game! If you're using Locale Emulator/App Locale, right-click on the game and select 'Run in Japanese'
(The window that pops up after you first start the .exe is the graphics and controls adjustment window, top bar you can choose your graphics card and the slider adjusts your resolution. You don't need to change anything unless you want to, just press OK to continue to the game)

Wooow! I better start learning how to get those SB to get thiiiiiis! Thank youuuuuu!
Change Language