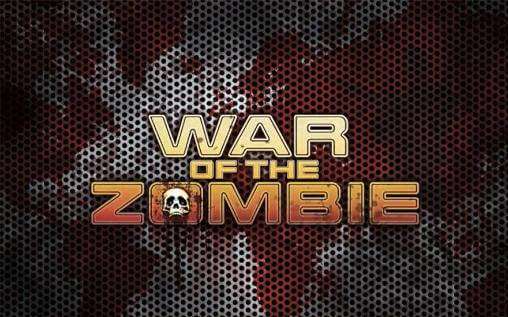 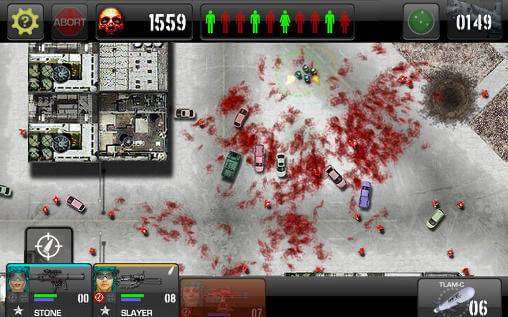 💾 Name of the game: War Of The Zombie

Game Description:
War of the Zombie is a zombie outbreak strategy simulation combining turn-based and real-time gameplay across the entire world.
As Global Operations Director of Safe Industries, take charge of its Ark Carrier and recruit marines & other personnel, purchase real-life military equipment, research advanced technologies, move across the world within range of real-time missions, nuke, scavenge, infect, bribe and defend against the world's country governments in an attempt to save humanity from the zombie pandemic and resulting chaos.

Features of War of the Zombie for Android:

• Choose, equip and drop a team of 4 marines & vehicles into real-time combat
• Survive, die or turn undead in zombie-infested, fully destructible mission zones
• Enter, drive and fire from humvees, BMPs, and tanks
• Pinch zoom in/out of mission zones as well as your global tactical map
• Decide where to station your marines and how they develop as they increase rank & experience
• Recruit & train marines, advisors, researchers, diplomats and doctors to aid in your quest
• Research & Develop advanced technologies to aid in your missions success
• Bribe, infect, scavenge, nuke, airstrike 200 country governments around the globe
• Build up arsenals of real military weapons on your double-hulled command carrier
• Build specialised labs to complete R&D and fabricate technology surplus to sell
• Build up to 4 Forward Operating Bases at any one time to extend your mission deployment

War of the Zombie has been developed as a 'near' open-ended (it ends when there's no longer any surviving human population), ever expanding game with new missions, maps and features added in each update as well as our favourite fan suggestions.

Ready to fight? Download now War of the Zombie Full APK for free, only at Sbenny.com!

This gameplay hasn't been recorded yet. If you would like to thank Sbenny for this release, record your gameplay and share it here. You'll also gain SB Cash!

Strategy games are always a welcome addition to my library. Thanks, guys!
R

my god thanks for the MOD ganna try it

Post automatically merged: Aug 31, 2018
Thanks for the apk
W